Mercy, Witness, Life Together – God promises to hear the cries of the oppressed. 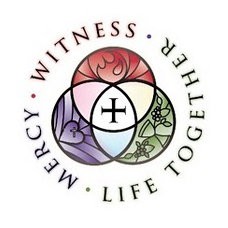 "Arise, O Lord! ... You have seen it; yes, you have taken note of trouble and grief and placed them under your control. The victim entrusts himself to you. You alone have been the helper of orphans. ... The Lord is king forever and ever. The nations have vanished from his land. You have heard the desire of oppressed people, O Lord. You encourage them. You pay close attention to them in order to provide justice for orphans and oppressed people so that no mere mortal will terrify them again." (Psalm 10: 12, 14, 16-18, God’s Word, Copyright 1995 by God’s Word to the Nations Bible Society, http://www.godsword.org/).

Less than one week ago, thirty-three miners in Chile were rescued from a room where they had taken refuge after an explosion trapped them in a mine over one-half mile below the surface of the earth. They had spent weeks waiting for their rescuers to drill a hole down to them that would be big enough for them to be lifted out.

This verse could be seen as merely addressing the merciful side of our God from a humanitarian perspective. He takes note of trouble and grief and places them under His control. ... He hears the desires of oppressed people... He encourages them... And then He provides justice for orphans and oppressed people. But God's mercy goes beyond providing physical care. In Jesus Christ, God not only shows His power over our physical needs, such as when He healed the sick and calmed the storms, but He also took on the punishment for our sins and conquered sin, death and the devil.

Jesus is the king whose reign is forever and ever. He provides justice for the oppressed and calls them to Himself to live with Him for eternity. This is our outreach promise. Those who call on the name of the Lord, Jesus Christ, will be saved. Our mission as His children is to be witnesses to the mercy of God through our words and our deeds that others may come to know Him as their Lord.

The Chilean miners gave us their witness to the presence of God throughout their ordeal. May we be BOLD enough to follow their example – trusting in the outreach promises of God.