Subtitle: How Children Reveal the Majesty of the Lord.

“From the mouths of little children and infants, you have built a fortress against your opponents to silence the enemy and the avenger (Satan)” (Psalm 8:2, God’s Word, Copyright 1995 by God’s Word to the Nations Bible Society, http://www.godsword.org/). 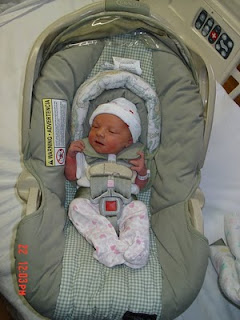 I have a granddaughter (my first). She is nine months old. She has been exercising her lungs since the day she was born. Her speech and language are being developed a little more everyday. Her parents (my son and daughter-in-law) have had the privilege of observing this development almost daily for the past nine months, while my wife and I have only had that opportunity a couple of times because of the distance that we live from them. I don’t think I have ever thought about her sounds as being used to silence Satan.

In what way does God use the squeals and squawks, coos and cries, giggles and burps of an infant to silence His enemies and Satan? Hmmm! What was David thinking about when he wrote those words? Was he watching his children playing or in total awe of the beauty of a newborn son or daughter?

It seems he was reflecting on the beauty of the creation of God. He may have looked at the miracle of the birth of the child and compared it to the beauty of all of God’s creation. The heavens, “the creation of [God’s] fingers, the moon and stars that [God has] set in place” (vs. 3), and the humble beginnings of a child; so totally different, and yet, so intricately designed with care and precision. 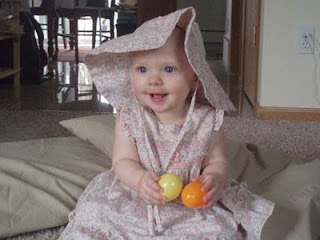 Can anyone honestly look into the eyes of a child and deny the existence of a divine creator? Can anyone really believe that we are products of evolutionary mutations? Can anyone really believe God does not care about His creation? A two-year old child has more intelligence than any animal on earth. We have a purpose and place in the order of God’s creation. God has placed us here to care for the rest of His creation and use the resources of the world to bring glory to Him.

But there is more in this Psalm. It is a prophetic statement concerning the role of God’s own Son. He would be the offspring of man, crowned with glory and honor, and placed as the ruler over all of God’s creation (vs. 4-8). This promise was fulfilled many years later when God’s own Son Jesus Christ is born of a woman, and through His death and resurrection defeated Satan and conquered death.

David understood and believed in this outreach promise. Therefore, he could look at a child, hear their infant sounds, and compare them to the beauty of singing in heaven. The song he heard was a refrain of praise glorifying the name of the Lord: “O LORD, our Lord, how majestic is your name throughout the earth!” (Psalm 8:9, God’s Word, Copyright 1995 by God’s Word to the Nations Bible Society, http://www.godsword.org/).