What is David’s view of the LORD in this Psalm?

It is not what we might typically expect from someone who is on the run again. We have David, the king of Israel, and his closest allies running for their lives as David’s own son attempts to take over the kingdom. To make a seeming helpless situation worse, a descendant of Saul (the first king of Israel; whose family was removed from the throne by the hand of the LORD) is screaming obscenities and throwing stones at David from the top of a hill, as David passes through a valley below him.

If it were Rodney Dangerfield, you might expect to hear, “I can’t get any respect! What’s the matter with people nowadays? Don’t they have any respect for their authorities? Blah, blah, blah…I get no respect, I tell yah, NO RESPECT!!!” 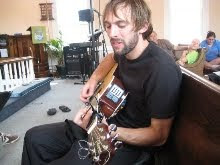 When Jesus stood before His accusers, they devised and carried out their evil plot against Him. They were partners with Satan, but they unknowingly served as God’s agents. The pit they dug to catch and destroy Jesus Christ became the very pit that Satan fell into (vs. 15). The cross was intended to become the undoing of Jesus Christ, but it became Satan’s undoing. The death of Jesus Christ on the cross destroyed the power Satan that would have kept us from having a relationship with our LORD and Savior, Jesus Christ.

With David we can give thanks to the LORD for His righteousness (vs. 17). When we are feeling down in the dumps, we can sing the blues with David, and reflect on the righteousness of Jesus Christ, who has shown us great love and mercy, by setting us free from our adversary, Satan. 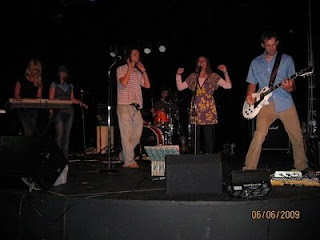 Sing, sing, sing… and shout praises in the name of Jesus!