Sub title: The Sound of God’s VOICE – His WORD.

In the beginning the Word already existed. The Word was with God, and the Word was God. He was already with God in the beginning. Everything came into existence through him. Not one thing that exists was made without him. He was the source of life, and that life was the light for humanity. The light shines in the dark, and the dark has never extinguished it. John 1:1-5

The Word of life existed from the beginning. We have heard it. We have seen it. We observed and touched it. This life was revealed to us. We have seen it, and we testify about it. We are reporting to you about this eternal life that was in the presence of the Father and was revealed to us. This is the life we have seen and heard. We are reporting about it to you also so that you, too, can have a relationship with us. Our relationship is with the Father and with his Son Jesus Christ. 1 John 1:1-3
The LORD [Jesus] sits enthroned as king forever. The LORD will give power to his people. The LORD will bless his people with peace. Psalm 29:10,11 (All scriptural quotes taken from God’s Word, Copyright 1995 by God’s Word to the Nations Bible Society, www.godsword.org). 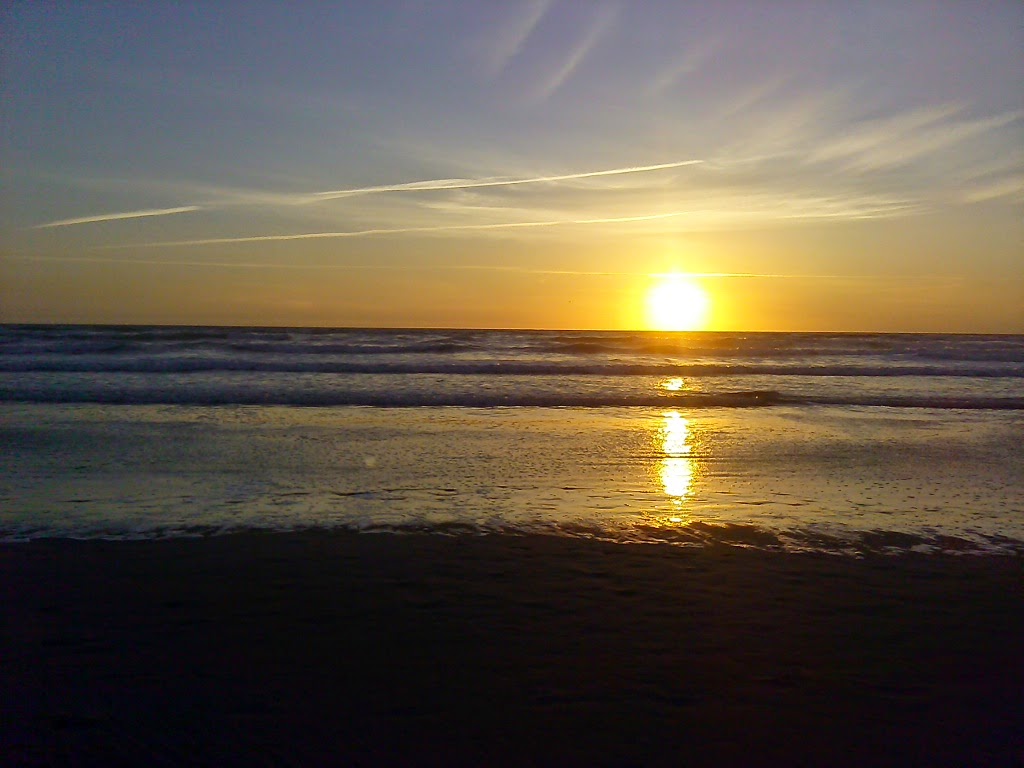 Can you imagine what the sound of the LORD would be like?
When God spoke to Moses the people heard what sounded like thunder in their ears.
When God spoke at the baptism of Jesus,
those who were standing there said it sounded like thunder.
David heard the sound of thunder and reflected on the power of God’s voice.
Thunder is mild compared to the full force of the voice of God.
God said “Let there be light!” And there was light!
At the sound of His voice everything on earth and in the heavens were created.
By His voice, His spoken word, everything came into being.
Faster than the crack of lightening; He said “Let there be… and it was!”
The end will be as the beginning. God will speak and the entire world will be gathered together to see Jesus return as LORD over all.

A few weeks ago, lightening hit our house. It went through our electrical panel so fast that the breakers didn’t have time to react. Surge protectors failed to trip, TV’s were blown, along with other random appliances. Some appliances were left undamaged while others were rendered cold stone dead.

God’s Word is like that. It is fast and powerful. It gets through to some people while others are left untouched. Only in the case of God’s Word, instead of destroying, it resurrects. The people who are penetrated by God’s Word are dead sinners who are brought back to life.
God’s Word became flesh in Jesus Christ. He lived among us and spoke clearly so we would know the way of salvation. He died in our place. He destroyed the power of sin and death. He made it possible for sinful people (like myself) to have an everlasting relationship with God in heaven. He gives us the privilege to be heirs in His kingdom. He gives us everlasting peace.

Our outreach promise in Psalm 29 is this: In spite of what things look like on the outside, in spite of the trials or difficulties or storms in our lives, in spite of darkness and sorrow;
God’s living Voice, the living Word, Jesus Christ has overcome our enemy, Sin.
Jesus has destroyed the power of sin, death, and the devil.
He gives the power to live a new life to everyone who trusts in Him for the forgiveness of their sin. And by His Spirit He fills them with internal and eternal peace.

If you have experienced this peace within,
BOLDly share the source of that peace with your friends and neighbors.
Posted by DCO Peter Keyes at 1:54 PM