It’s that time of the year again when the NCAA basketball tournament playoffs are the focus of the American sport’s world. Last week Thursday the playoffs began. Unfortunately my favorite team (the Minnesota Gophers) lost in the first round of play. The surprise upset in the tournament so far has to be Northern Iowa, who knocked off Kansas (a number one seated team) in the second round of play. So what does this have to do with Christian outreach and God’s promises? Just this – we may be just hopefully guessing when we pick our playoff brackets, but when it comes to picking the real winning team in life, we don’t have to guess! We know who it is and who is leading the team.

King David wrote that his enemies would say he was on a losing team. “Many are saying about me, “Even with God on his side he won’t be victorious” (Psalm 3:2, God’s Word, Copyright 1995 by God’s Word to the Nations Bible Society, http://www.godsword.org/).

But he had faith that God would prevail against his enemies even if everyone else considered him to be out numbered and destined to lose. Listen to David’s words written as he was fleeing for his life from his rebellious son, who had won over the hearts of almost all of David’s people; the nation of Israel.

“But you, O LORD, are a shield that surrounds me. You are m 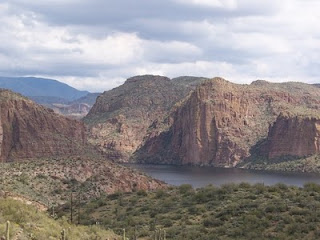 y glory. You hold my head high. I call aloud to the LORD, and He answers me from His holy mountain. I lie down and sleep. I wake up again because the LORD continues to support me. I am not afraid of the tens of thousands who have taken positions against me on all sides” (Psalm 3:3-6, God’s Word, http://www.godsword.org/).

Are you afraid to share your faith with others? Do feel at times as if you have been placed on a losing team? You see the need and the number of those who are opposed to Jesus Christ, and then just feel overwhelmed? It happens to the best of God’s servants. But the good news is that we have the inside scoop. We know the outcome of this battle. We can fill out our bracket card with certainty. God is with us. Jesus Christ has won the victory for us by His death and resurrection. Therefore we can go out and boldly proclaim with King David, “Victory belongs to the LORD!” (Psalm 3:8, God’s Word, http://www.godsword.org/).